Britney Spears shopped in budget store Poundland, where she bought some mini matches while in London earlier this week. 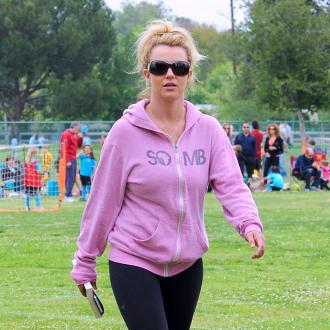 Britney Spears shopped in budget store Poundland while in London this week.

The millionaire pop star - whose father Jamie was granted a conservatorship order in 2008, which gave him control of his daughter's finances - took a trip to the shop, where everything costs just £1, to specifically to buy some mini matches.

She said: ''I actually went and got these matches that are this little [puts thumb and forefinger pinched together]. They're, like, the tiniest matches you've ever seen.

''And when you use them you burn your finger...

''They're so cute because they're so tiny. They're really cool.''

The 'Work Bitch' hitmaker - who earned more than $10 million last year - admits she is a big fan of discount stores and usually dons a disguise to ensure nobody can recognise her when she visits them.

Speaking on tonight's (18.10.13) episode of chat show, 'Alan Carr: Chatty Man', she explains: ''Usually I have glasses on and no one recognises me. I just go in and I'm really into what I'm doing and it's really fun.''