'x factor' judge Britney Spears has reached and agreement with her former employee after two years. 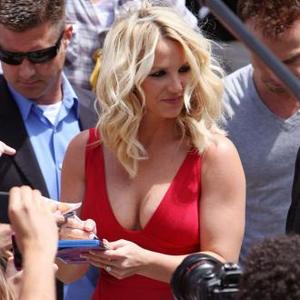 Britney Spears has settled a lawsuit with a former bodyguard who claims she sexually harassed him and was an abusive mother.

Details of The Deal that the singer's legal team struck with Fernando Flores were not disclosed in the court documents obtained by E! News.

The settlement will end a two-year-old case in which the claimant suggest Britney regularly flashed her genitals at him.

During one incident in which she supposedly bent over while wearing a see-through white dress.

The ex-guardian also alleged that 'The X Factor' USA judge was a negligent mother to her two boys, Sean Preston and Jayden James, claiming that she would make them eat until they vomited and that she would hit them with a belt.

As she is currently under conservatorship, a court needs to sign off first before the case can be officially closed.

Her talent show boss recently described her as ''fearless''.

The pop star joined the panel of the show for its second season alongside fellow newcomer Demi Lovato and original judges Simon Cowell and L.A. Reid and Simon was hugely impressed with the 'Toxic' singer.

He said: ''She's fearless. When she says 'no' or disagrees, she couldn't care less.

''I think she's really enjoying doing something other than singing. I think she likes being part of a team.''