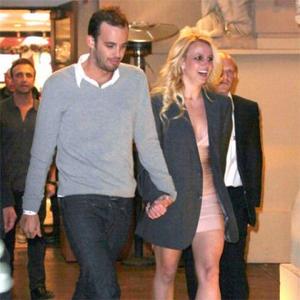 The 'Criminal' hitmaker - who announced her engagement to her former manager Jason Trawick earlier this month - is said to be keen to shun a lavish Hollywood wedding and opt for a close, country gathering with her friends and family.

An insider told In Touch Weekly magazine: "She wants a traditional Southern-style wedding with comfort food, surrounded by her family, her two sons and all of her childhood friends, as opposed to a Hollywood wedding."

Jason surprised Britney - who has sons Sean Preston, six, and Jayden James, five, with ex-husband Kevin Federline - by throwing her a huge engagement party at the Chocolate Lounge and Sugar Factory in the Paris Hotel in Las Vegas the day after he asked her to marry him.

She tweeted: "OMG. Last night Jason surprised me with the one gift I've been waiting for. Can't wait to show you! SO SO SO excited!!!! Xxo(sic)"

Jason - who has been dating Britney for two years - asked permission from her father Jamie before getting down and one knee.

In addition to her union with Kevin Federline, Britney was also married to childhood friend Jason Alexander for just 55 hours in 2004.