Britney Spears is feeling more relaxed since taking up meditation. 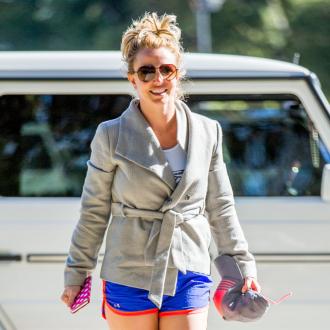 The 'Toxic' hitmaker has been using a special app for 20 minutes every day to learn to relax and banish her anxiety, and even attributes her slender figure to her new outlook on life.

A source said: ''Britney has always struggled with anxiety. Learning to meditate, relax her mind and body and have happy thoughts has made her change dramatically.

''She lives in the moment more and, instead of moaning about working out, she looks forward to it, revealing the endorphins make her think happy thoughts.''

The 33-year-old singer - who split from boyfriend Charlie Ebersol in June after eight months of dating - is feeling ''happier than ever'' and full of energy after also overhauling her diet.

The source added: ''Britney felt she gained weight both before and after her split with Charlie, so as well as using the meditation app ever morning, she's dropped one meal a day and is drinking spinach and fruit smoothies instead.

''She's feeling full of energy and seems happier than she's been in a while.''

And though she is feeling ''lonely'', Britney - who has sons Sean Preston, nine, and Jayden, eight, with ex-husband Kevin Federline - is determined not to rush into a new romance.

The source told Closer magazine: ''Britney is struggling with loneliness - she's the sort of girl who hates not having a boyfriend.

''But instead of actively looking for 'The One', or letting her dad Jamie and manager LARRY RUDOLPH set her up on dates, she's convinced that if she thinks positively she'll meet the right man when she's in a grocery store or walking around Las Vegas shopping.

''She's decided to try to be happy with what she's got.''