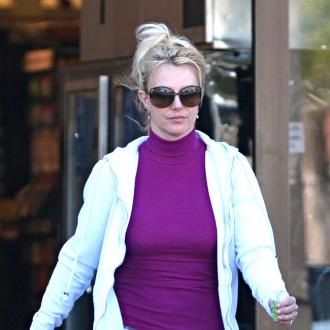 The 'Toxic' hitmaker - who split from fiance Jason Trawick last month - spent Valentine's Day (14.02.13) with the 27 year old in a California sushi restaurant and the pair were also seen playing golf together at the Sherwood Country Club over the weekend.

According to gossip website TMZ, David - whose surname is as-yet unknown - hails from Atlanta and works for a law firm doing ''field research''.

On their Valentine's Day date, the couple spent half an hour in the sushi bar, spending $60 - with David leaving a tip of $13.

Britney - who has sons Sean Preston, seven, and Jayden James, six, from her marriage to Kevin Federline - and Jason split in January, 13 months after getting engaged and the 31-year-old singer recently admitted she will ''always love'' the talent agent.

She said: ''Jason and I have decided to call off our engagement. I'll always adore him and we will remain great friends.''

Meanwhile, Jason insisted he will always cherish Britney and her sons.

He said: ''As this chapter ends for us a new one begins. I love and cherish her and her boys and we will be close forever.''