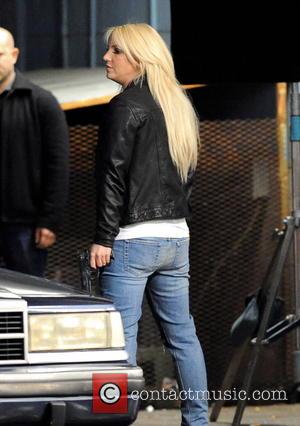 Britney Spears has included a poignant tribute to Michael Jackson in her Las Vegas show.

The superstar singer, who kicked off her residency at the Planet Hollywood Resort and Casino on Friday night (27Dec13), has now revealed the show includes a subtle tribute to the King of Pop.

During her performance of Me Against the Music, her 2003 collaboration with Madonna, Spears is seen wearing a fedora hat and strikes poses similar to Jackson's signature dance moves, and she has now confirmed she made a deliberate effort to honour the Thriller hitmaker onstage.

She tells Us Weekly, "(My) favourite part of the show, where it's just me in the spotlight with a hat on, which is really a tribute to Michael."