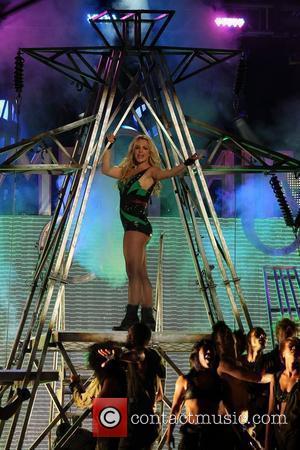 Britney Spears' seventh studio album 'Femme Fatale' has stormed to the top of the Billboard 200 chart thanks to first week sales of 276,000, reports MTV News. 'Femme Fatale' has been regarded as a return to form for Britney and the album has been garnering the best reviews of her career.
Femme Fatale's position at the top of the charts means Britney Spears is now third on the list of most number-one records by a female artist. Only Madonna and Barbra Streisand have registered more chart topping albums, with nine. Although 'Femme Fatale' has only sold half of the 505,000 that the singer recorded with her 2008 album 'Circus', it was still enough to hold off Wiz Khalifa's 'Rolling Papers', which sold 197,000 to take second place. Among the other debuts in this week's top 10 are Radiohead's 'King Of Limbs', Snoop Dogg's 'Doggumentary' and Mary Mary's 'Something Big'. Making up the rest of the top ten is British singer-songwriter Adele, controversial R&B star Chris Brown, soul singer Jennifer Hudson and Kirk Franklin. After debuting at number four last week, indie band The Strokes have dropped to number 18.
Britney Spears recently announced a tour of the U.S. and Canada which will kick off in Sacramento on 17th June 2011. After passing through the likes of Portland, Chicago, New Orleans, Miami, Washington and Boston, the tour will wind up at the Toronto Air Canada Centre on 13th August 2011.