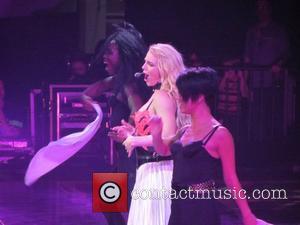 Britney Spears' ex-husband Jason Alexander is concerned about the pop star's plans to marry Jason Trawick because he's convinced their relationship is "fake".
The Toxic hitmaker wed childhood pal Alexander on a whim in Las Vegas back in 2004, but the couple had its marriage annulled less than three days later.
Spears' former agent Trawick proposed to the singer last week (ends16Dec11) - but Alexander fears his one-time love is making another mistake.
He tells UsMagazine.com, "It's sort of sad... I know everyone wants me to be happy about this, but I am not. I think it's fake and I think people are afraid to say it... If you look at all the pictures between them there is no connection. They look like they are going through the motions."
But not all of the pop star's exes feel the same way - Kevin Federline, the father of Spears' sons Sean Preston and Jayden James, recently insisted he was "really happy" for his former wife.
Spears and Federline divorced in 2007.