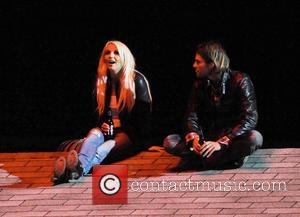 The Toxic hitmaker and her former agent called off their engagement in January (13) after three years together, and now Trawick has moved on with another blonde bombshell.

The 41 year old has been seen getting close to the 23-year-old actress, and sources confirm to Us Weekly that they are a couple.

Rambin, who played Glimmer in the blockbuster, has even posted several photos of the duo cosying up on Twitter.com.