Britney Spears felt ''embarrassed'' when she fell over on stage last week because it has never happened to her before. 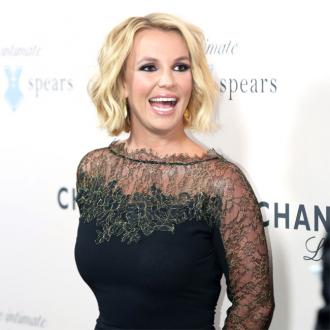 Britney Spears was ''embarrassed'' when she fell over on stage.

The 33-year-old singer had to cancel some of her 'Piece Of Me' shows at The AXIS at Planet Hollywood Resort & Casino after taking a tumble last week and admits it is the first time she's ever had such a mishap during a performance.

Britney said: ''I wasn't actually doing anything that hard [when I fell], I was just kind of bopping around. I've done plenty of shows, and never actually fallen onstage, so it was pretty embarrassing. Then i got up and my dancers kinda guided me to keep going on.''

The 'Circus' hitmaker sustained torn ligaments after her fall, but she's going to let that stop her working and has extended her Las Vegas residency for a further three months.

Wearing a medical boot on her left foot on 'The Ellen Degeneres Show', Britney said: ''I tore some ligaments, so yes [I can perform for a little while]. I'm extending my Las Vegas shows by three months.''

The 'Baby One More Time' icon - who premiered her new single 'Pretty Girls', a collaboration with rapper Iggy Azalea, over the weekend - began her run of shows at the 4,650-seat theatre in December 2013, and is currently on the show's eighth leg.

The show is now set to continue through October and November, with four dates scheduled in December immediately after Christmas Day (25.12.15).