Britney Spears feels ''electrified'' by her job as a judge on the US version of 'x factor'. 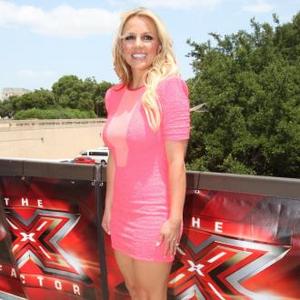 The 'Hold It Against Me' hitmaker - who joined the show alongside Demi Lovato after Nicole Scherzinger and Paula Abdul were sacked after one season - admits she was terrified when she first signed up but eventually got into The Rhythm of the talent search.

Speaking on 'The Ellen Degeneres Show', she said: ''I was really nervous. You have all these people behind you and you know they're rooting on you. It's a really exciting, electrifying thing to do.''

Speaking about her judging style, Britney says she learns from the show's head judge Simon Cowell and always tries to be honest.

She added: ''I used constructive criticism. I learned from the best. I

''I prefer to be honest. I think that's the best way to go. I wouldn't want to be told something and then waste seven years of my life. I feel like it's the thing to do.''

However, Simon - who judged the UK version of the show before heading up the US adaptation - was shocked at how quick she made her decisions about wannabe pop stars.

He added: ''I've never heard someone say no to contestants to quickly in my entire life.''