Pop star Britney Spears admits she is ''dreading'' the day her sons Sean Preston, four, and three-year-old Jayden James ask her how babies are made. 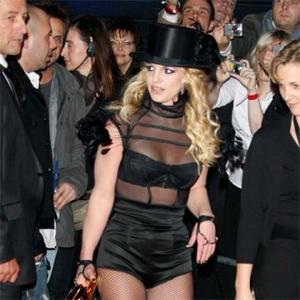 Britney Spears is "dreading" talking to her sons about sex.

The pop star - who has sons Sean Preston, four, and three-year-old Jayden James with her ex-husband Kevin Federline - admits she is terrified about the day when the youngsters start asking her questions about how they were made.

She said: "I'm dreading the moment when my sons ask me how babies are made."

At the moment, Britney is enjoying spending lots of time with the youngsters and is enjoying how "cute" they are.

She explained: "Things are pretty quiet right now. I've been spending a lot of time at home with my boys. They just started karate class, which is super cute!"

However, the blonde beauty - who has had numerous personal problems over the years, including a very public break down in 2007 - is terrified they would want to follow her footsteps into the entertainment business.

She reportedly told America's Cosmopolitan magazine: "If my sons told me they wanted to be in the entertainment business, I'd lock them in their rooms until they turned 30."