Britney Spears' father, Jamie Spears, reportedly doesn't want her to get married again because he wants to protect her financial assets. 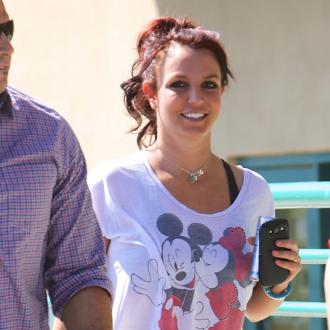 The 'Perfume' hitmaker, who broke of her engagement to her former agent, Jason Trawick, in January 2013, is desperate to tie the knot with her boyfriend David Lucado but Jamie Spears doesn't think it's a good idea.

A source told the US edition of OK! magazine: ''Britney is crazy about David but her dad told her it's not happening.''

Britney, who has sons Sean, eight, and Jayden, seven, was previously married to her children's father, Kevin Federline, for three years until March 2007 and was also briefly married to her childhood friend, Jason Alexander, for 55 hours after they exchanged vows in Las Vegas in January 2004 but their union was quickly annulled.

The 'Toxic' singer pays Kevin an estimated $20,000 a month in chid support and Jamie, who acts as her conservator and oversees her financial affairs, wants to protect her assets.

The friend said: ''Jamie doesn't trust any man's intentions. He doesn't want another Kevin getting her pregnant in order to be set financially. At this point Jamie is dead set against her marrying again.''

Britney admitted late last year that she hoped to get married again and have more children.

She said: ''I'd like to have more kids, settle down... have kids, maybe twins, and get married. That would be nice.''

The singer also opened up about her relationship with David, whom she described as a simple but passionate guy.

She said: ''I just love that he's very passionate, he's funny and sexy and I love him.''