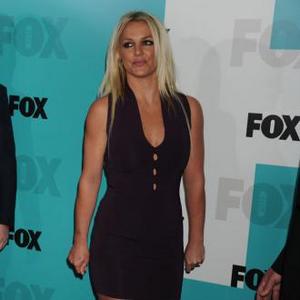 The 'Toxic' singer has stepped out of auditions twice and sources close to show supremo Simon Cowell say he is worried paying the pop star $15 million to take a role on the panel was not worth the trouble she is causing.

A source told the Daily Mirror newspaper: ''It's embarrassing to have an empty seat on the panel in filming sessions as the footage is almost totally wasted. If a great singer appears and producers want to use the audition, you have to tell viewers why Britney wasn't there. That's not easy.

''Britney is getting $15 million to appear and it could be the biggest gamble Simon Cowell has ever made.''

Britney's first walkout was in Austin, Texas and while she and the other judges, Demi Lovato, L.A. Reid and stand-in Louis Walsh, all left their seats in protest at a rude contestant in Kansas at the weekend, Britney was the only panellist not to immediately return.

An insider revealed she went to her dressing room, leaving the others to finish the auditions without her.

The source added: ''If she continues to behave like this it will get embarrassing.''

Britney's manager LARRY RUDOLPH denied any problems saying: ''What is everyone's problem? Everything is fine. Britney loves being on 'X Factor'.''