Britney Spears' boyfriend Jason Trawick is set to propose and has been working on designs for the special ring. 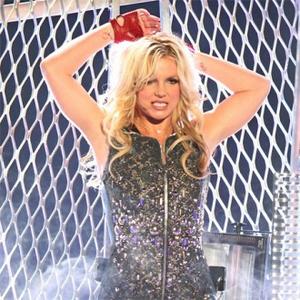 Britney Spears' boyfriend is set to propose - and is to design The Ring himself.

Agent Jason Trawick - who has been dating the 'Toxic' singer for around two years - is planning to pop the question and has visited an exclusive Los Angeles jeweller to help create the perfect ring.

A source at the Mouawad jewellery store - where Jason spent more than an hour chatting to jeweller Pascal Mouawad - told X17online: "They discussed diamonds from the Mouawad private collection. It's Jason's first visit with Pascal."

Britney - who already has failed marriages to Kevin Federline and Jason Alexander under her belt - is believed to be keen to wed for a third time and it was recently reported she wanted a baby with Jason.

The 29-year-old pop star - who already has two sons, Sean Preston, who turns six tomorrow (14.09.11), and five-year-old Jayden James, with second husband Kevin - wants the couple to start trying as soon as her world tour finishes at the end of the year.

A source said: "She's always wanted a big family but also wants to prove to herself and to her family she is a good mother. She wants another chance to put things right.

"Now she's finally had the green light from Jason, she can't wait."

Britney temporarily lost custody of her boys to Kevin, following a very public breakdown in January 2008.