British Sea Power - Do You Like Rock Music? Album Review

Review of Do You Like Rock Music? Album by British Sea Power 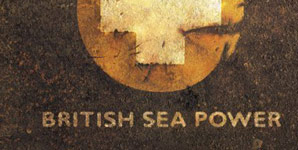 The Brighton rock group's rabid fan base has helped ensure continued word of mouth for each new release. And while there is little doubt that this is the best of their three albums to date, the question still remains as to whether those fans are truly onto something (and whether what's important is to see the band live), or whether there's an amount of unjustified hype.

The maritime-soaked songs come across like a mix of Arcade Fire and The Doves' second album. On every song. There isn't much in the way of variety, although single Waving Flags provides some Editors-like anthemic relief. Do You Like Rock Music? is an album to repeat and repeat - it takes time to sink in. Lyrically, there are some wonderfully left-field and left-leaning directions (the single is an ode to Eastern European immigrants). That probably rules out any likelihood of troubling the singles charts - instead the music seems tailor-made for British festivals. British Sea Power are one of the more interesting British indie bands, and this is a return to promised form after Open Season.