It's fair to say that the 2021 Brit Awards show was an event like no other. Not only was it the first major indoor live event in over a year (thanks to COVID-19 restrictions), it also saw the most women taking home awards in BRIT history. 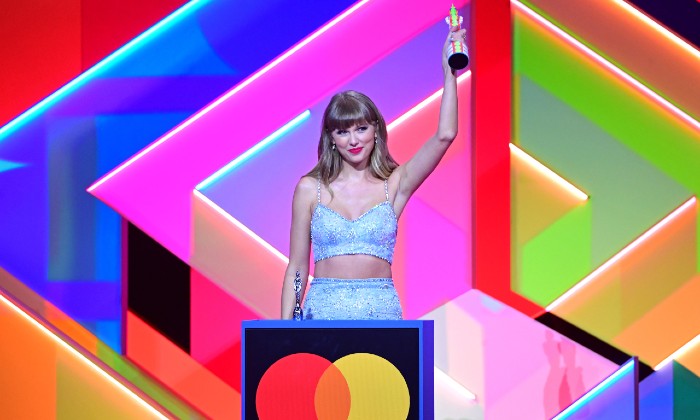 Dua Lipa rocked the night with a win for both British Female Solo Artist and British Album of the Year for her second album Future Nostalgia, but it was Little Mix who made history by being the first all-female group to win Best British Group six months after the release of their sensational Confetti album.

Meanwhile, Taylor Swift was previously announced as the very first female to win the coveted Global Icon Award; an accolade that has in the past been bestowed upon the likes of Robbie Williams, David Bowie and Elton John. She's also the first non-Brit and the youngest to win the award.

Also making history was Rina Sawayama, who earlier this year became the first non-British citizen to be nominated for an award (aside from the International categories, obviously), after a #SawayamaIsBritish protest by fans on social media led organisers to change the rules so that artists could be eligible if they had lived in the UK for more than five years. This came after Sawayama was initially snubbed because, while she has lived in the UK for 26 years, she only holds a Japanese passport as Japan does not allow dual-citizenship.

Other women taking home prizes were Breakthrough Artist Arlo Parks who released her first album Collapsed in Sunbeams earlier this year, International Female Solo Artist Billie Eilish who broke the internet following her June 2021 Vogue cover shoot, International Group Haim who are set to produce the soundtrack to Netflix's adaptation of graphic novel The Witch Boy, and Griff who landed the Rising Star Award ahead of the release of her debut album One Foot in Front of the Other (out June 11th, 2021).