Bring It On Eliza Dushku

The Stars Of Cult Cheerleading Film Bring It On Have Confessed To Breaking The Law During A Wild Night Out In Mexico. 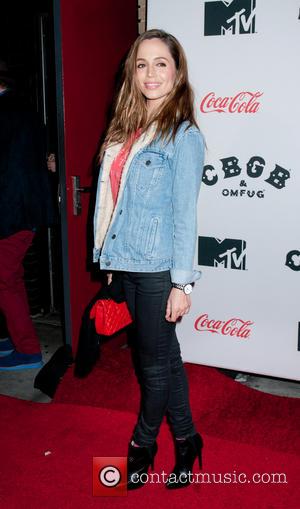 Actor Jesse Bradford reveals he and his castmates were arrested following an adventure in Rosarito, and co-star Eliza Dushku is only glad cellphones weren't commonplace 25 years ago when they filmed.

Bradford tells Entertainment Weekly, "It was me, Eliza, Rini Bell, and this dude called Lance... I'm gonna blur the details of how and why, but needless to say, we got arrested. We had to go in front of a judge... and explain what happened, and he let us go.

"They said that one of the producers had to bail us out, but I don't think any of them knew what happened until well after the fact."

"Thank God for those little disposable cameras that nobody ever really developed," Dushku adds, "so we never ended up on TMZ...

"There were some rumours online about our extracurricular activities, but I maintain that I always showed up to work on time."