Paulette is a young French girl who finds herself suddenly an orphan as the Germans take over the country, an airstrike killing her mother, father and beloved dog instantly. She is taken in by 11-year-old Michel Dolle and his family at their countryside home, and the two children soon find themselves embarking on a deep friendship. Michel helps Paulette bury her pet, though the latter is concerned about him being lonely and so they create their very own pet cemetary in a disturbing game, marking graves with crosses stolen from a nearby graveyard. It isn't long before it is discovered that a theft has taken place and the children must hide from the furious adults, when what started out as a game becomes ever more serious.

Salvatore Di Vita is an Italian film director who has nursed a passion for film ever since he was a boy. As a youngster, he learned how to operate the projector at the movie house Cinema Paradiso from the paternal projectionist at the time, Alfredo. As time went on, he continued to spent every free moment there before meeting a girl, Elena, who he fell in love with. As the stars would have it, however, they were torn apart and Salvatore left his hometown to pursue his lifelong film ambition elsewhere. Having not had contact with Alfredo for several years, he hears news of his death and subsequently discovers a priceless gift left to him by Alfredo.

The Man Who Loved Women Review

By Christopher Null
Very Good
Here's a title that says it all. Bertrand Morane (Charles Denner, upon whom the film is partly/sort of based) loves women, and he'll jeopardize life and limb just to get a look at a woman's shins. This semi-classic François Truffaut film is little more than a series of "relationships" of Bertrand's, as seen in flashback from his funeral and through the lyricism of his autobiography. The funny thing isn't just how desperate Bertrand is -- he's also rather homely and seemingly irresistable. The ending is classic: From his death bed, he reaches for the nurse, only to fall to his ultimate demise. It's a quirky film about, well, not quite love, and not quite relationships, but what passed for them in 1970s France. 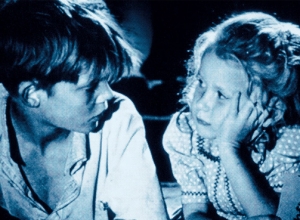 Paulette is a young French girl who finds herself suddenly an orphan as the Germans... Salvatore Di Vita is an Italian film director who has nursed a passion for film...