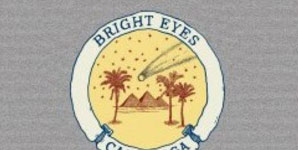 When Conor Oberst last released an album, he released two at the same time - the more rock-laden Digital Ash in a Digital Urn, and the now-classic singer-songwriter album I'm Wide Awake It's Morning. Two years on, Cassadaga more closely resembles Wide Awake, which was the bigger success of the two. However, like Extras Series 2, there are more thrown-in guest stars, such as Gillian Welch, Ben Kweller and M Ward. It also borrows more than a hint from the Celtic-country of The Waterboys on tracks like the single Four Winds, which is possibly the brightest piece of music he has put to disc. A chronicle of an American pastoral landscape, the extra depth that band instrumentation brings to the disc is welcome - the mellow melancholic sound rounding out the songs nicely. If there's a catch, it is that the music seems a little stilted, a little reined in, and that the music varies little in pace throughout. Oberst's wry and anguished observations of other Americans still form the core of his lyrics, but the songs almost need more or less of the band treatment - stripped down, they'd work nicely; there are enough great lines to justify the 'genius' tag he is so often labelled with. A missed opportunity, but still a Very Good Album.