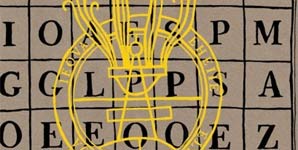 Considering the last two Bright Eyes albums were released simultaneously, it makes sense that we have had to wait since that fateful turn of 2005 for some new material. Touché salesman. Although 'I'm Wide Awake It's Morning' brought Conor Oberest into focus as a hero of anti-Bushism, the old chants of disillusionment still swirl about underneath 'Four Winds' with religion-bashing, inequality and the perils of war all partnering in the general despondency, and it's great to see that Oberest's talent for encapsulating attitudes through characters and scenes so true to life hasn't left him. Notably now harvesting the seeds of experience after that media attention, it's a pleasure to see him being let loose on today's world and presenting something that shines - with immediacy, upbeat violins and the smell of fresh laundry, but at the same time more considered, and darker for it. Much like the times, it's a bitingly confused juxtaposition. A great return.