Paul Dano and John Cusack star in this unique portrayal of one of music's most talented yet troubled individuals.

Those who missed the theatrical release of Brian Wilson biopic 'Love & Mercy' don't have to miss out any longer as the critically acclaimed flick is now on DVD, bringing a story of hope, love and creativity to the masses.

Own 'Love And Mercy' On DVD today

In June 2015, the biopic of one of music's greatest living legends, Brian Wilson of The Beach Boys, was released to a rapturous response. Depicting him in two major decades of his life, 'Love And Mercy' was directed by the Oscar nominated Bill Pohlad ('12 Years A Slave', 'Brokeback Mountain') and captured both the intense pain and the immense happiness that he struggled with throughout his successful career.

More: Read our review of 'Love And Mercy'

Paul Dano and John Cusack portray Brian Wilson in the 60s and 80s respectively. The former explores The Beach Boys' breakthrough success with such hits as 'Surfin' U.S.A.', 'I Get Around' and 'Good Vibrations', a time where Wilson's creativity was at its peak, though also a time when his drug use caused him to spiral into a mental breakdown with auditory hallucinations and severe depression. Meanwhile, the latter sees Wilson at potentially his most vulnerable; his mental health at its most fragile with his life being controlled entirely by his greedy and corrupt therapist Eugene Landy (played by Paul Giamatti), but also the decade he met the love of his life Melinda Ledbetter (portrayed by Elizabeth Banks) who rescued the floundering musician from his catatonia of fear.

Watch the trailer for 'Love And Mercy' here:

'She helped me out of a depression and got me on the road doing concerts, making people happy', admitted Wilson, who was both thoroughly pleased and disturbed by the finished film which he felt was a fair examination of his memories. 'This film is like his music. It's made for anybody that cares about love, that cares about the struggles that people go through to achieve their goals', says Melinda. 'Love is timeless. Great music is timeless. Love can conquer everything; in Brian's story, it did.'

More: Watch the cast and crew's 'Love And Mercy' featurettes

Pick up the 'Love And Mercy' DVD this Fall and you won't just own the film, you'll also get to explore the inner makings of the movie and the inspiration behind it with extras such as 'A California Story: Creating the Look of Love & Mercy' and 'A-Side/ B-Side: Portraying The Life of Brian Wilson', not to mention an audio commentary with Pohlad and screenwriter Oren Moverman as well as loads of deleted scenes.

'Love And Mercy' is out now on DVD and can be viewed on Digital HD. 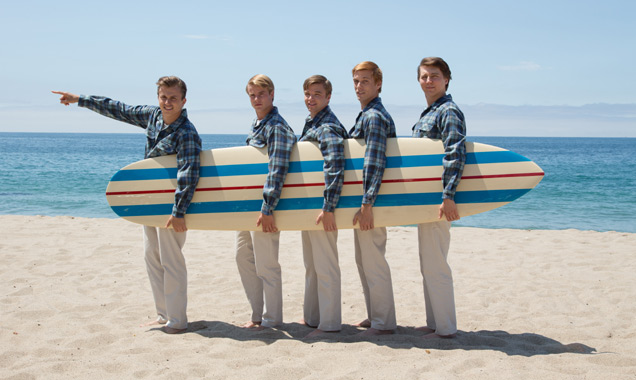