The new anchor has backed out of an appearance on Letterman's talk show only days after the truth about his helicopter ride during a visit to Iraq in 2003 was uncovered.

NBC anchor Brian Williams has chosen not to appear on this Thursday's episode of the 'Late Show With David Letterman' following last week's revelation that his story about being shot down in a helicopter during a visit to Iraq in 2003 wasn't true. 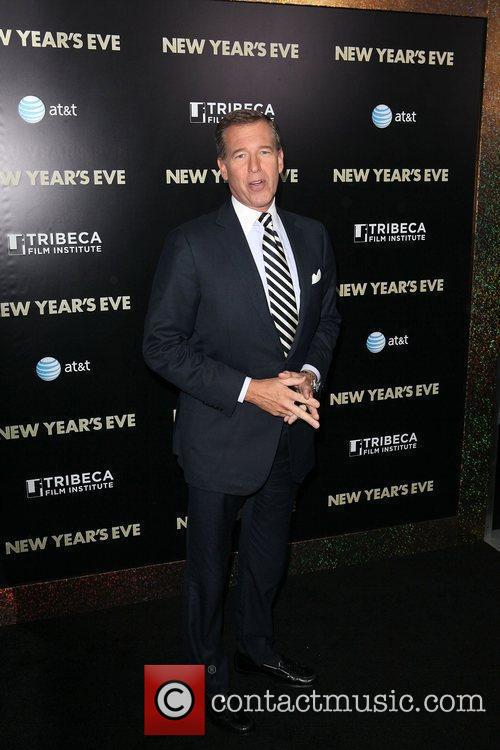 Williams will not be appearing on Letterman's talk show this week

The 'NBC Nightly News' anchor, who has stepped away from his hosting duties for the next several days, eventually admitted that he was never aboard the helicopter at the time of the attack after several army veterans involved in Williams' 2003 trip came forward to dispute his claims.

Williams put the inaccurate story down to his "fog of memory" in a statement released last Wednesday. "I made a mistake in recalling the events of 12 years ago," he added. "I want to apologise. I said I was travelling in an aircraft that was hit by RPG [rocket-propelled grenade] fire. I was instead in a following aircraft."

The lengthy apology was issued after the veterans who were inside the aircraft decided to set the record straight. One of them, Flight engineer Lance Reynolds, wrote on Facebook last weekend: "Sorry dude, I don't remember you being on my aircraft. I do remember you walking up about an hour after we had landed to ask me what had happened."

During an appearance on Letterman's talk show in 2013, Williams falsely recalled how his helicopter was taking fire, which promoted the host to tell the anchor that he has a tremendous amount of respect for him.