BRIAN MOLKO is ''clean and happy'' these days but used to enjoy wild nights out with his friend Marilyn Manson. 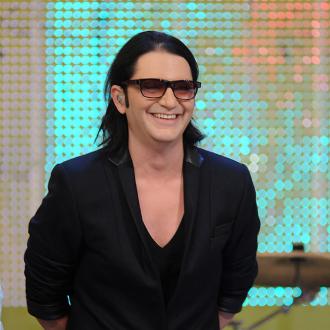 ''Marilyn Manson and I started out hanging out at that time, and we were very badly behaved anyway.''

But the 'Pure Morning' singer insists his controversial pal was never ''depraved'' and he always found him fascinating company.

He added: ''I never saw him engaged in any depraved behaviour. Nothing I would consider depraved. And the thing about Manson is that he's fiercely intelligent and a fantastic provocateur. I think that's why we got on so well.

''And I have to say this - and he won't like it - but I could always drink him under the table.''

Meanwhile, Brian recently opened up about the impact his ''friend and mentor'', the late David Bowie has had on his life and career.

Asked if David had inspired his new songs, he said: ''I don't know if it's inspired the material directly, but certainly I've had a lot of time to meditate on a lot of what David said to me during the five or six years that we toured with him and I was in his orbit. He was my friend and my mentor. He gave me a lot of advice. I'm meditating more on how he was quite a sage and quite a raconteur as well.

''I recently read an article about what he said to James Murphy about how he helped him make the decision to reform LCD Soundsystem. David asked James 'Does being in the band feel uncomfortable' and he went 'Yeah', and David wrote 'Good, it should feel uncomfortable'.

''He said a lot of things like that to me. His presence is still there for me in the form of a sage and mentor.''