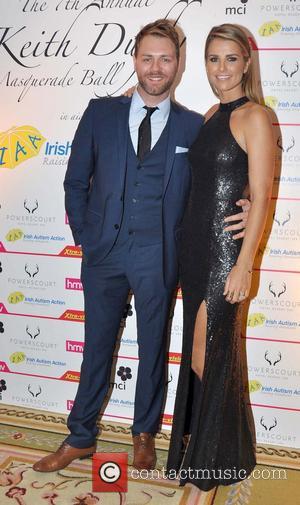 Irish pop star Brian McFadden is turning Santa for a week to give unsuspecting Brits an early Christmas present.

The former Westlife star will spend this week (ends13Dec13) as a guest presenter on U.K. Tv show Daybreak, and he will be touring the country to dole out some festive cheer.

MCFadden's first job in his role as 'Secret Santa' on Monday (09Dec13) was to travel to Slough, England to reunite Yvonne Laurie with her long-lost sister Elaine, 57 years after Laurie was adopted aged two.

He told her, "We have a little early Christmas present for you. All the way from Scotland - your sister Elaine!"

As the stunned pair hugged and wept outside Laurie's home, Daybreak presenter Lorraine Kelly told viewers MCFadden will be springing surprises on the unsuspecting public all week.