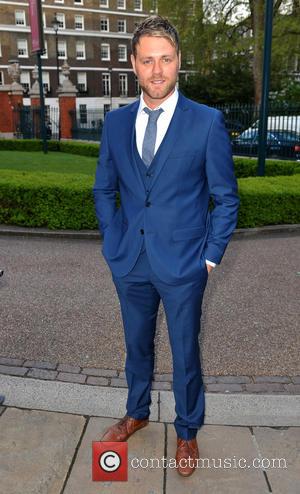 Irish singer Brian McFadden was forced to postpone a concert in Sheffield, England on Wednesday night (22May13) after losing his voice.

The former Westlife star had been booked to perform at the O2 Academy as part of his first headlining tour of the U.K., but struggled with vocal issues early that morning.

Complaining about his illness on Twitter.com, he wrote, "woke up and my voice is completely gone. so frustrating".

He subsequently decided he had no choice but to cancel the show, and returned to the website hours later to alert fans to the change, tweeting, "apologies to all about tonights (sic) sheffield gig. hoping to reschedule soon".

Meanwhile, MCFadden has also had to axe a gig in Hertfordshire, England next week (28May13) due to "unforeseen circumstances". Ticketholders have been offered refunds for the scrapped event at The Forum Hertfordshire.