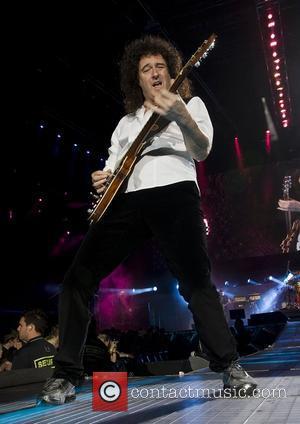 Brian May is furious after "music thieves" exploited Michael Jackson's death by releasing previously unheard tracks by the King Of Pop and Queen's late frontman Freddie Mercury on the Internet.
Jackson, who passed away last week (25Jun09), and Mercury worked together in the 1980s on a number of tracks that have never been heard by the public.
May revealed the existence of the songs earlier this week (begs29Jun09), saying, “He (Jackson) used to come and see us when we were on tour in the States. He and Freddie became close friends, close enough to record a couple of tracks together at Michael’s house, tracks which have never seen the light of day.”
But the rocker has been left incensed after two tunes by the pair, State Of Shock and There Must Be More To Life Than This, ended up on video sharing website YouTube.com.
He fumes, "The music thieves at work as usual."