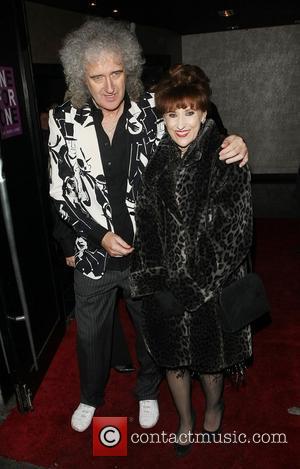 Picture: Brian May and Anita Dobson at the Strictly Come Dancing Party held at One For One Club - Departures London, England - 19.12.11

Animal-loving rock star Brian May has called on the British government to block a proposed new dog breeding farm after it emerged the facility will supply beagles for laboratory experiments.
The Queen guitarist has signed up to support the British Union for the Abolition of Vivisection's campaign to throw out the bid, and insists he's "shocked" at the proposal.
May is adamant dogs should not be made to "suffer in the name of science" and he's made a personal plea to British politician Eric Pickles to step in and halt the project in Yorkshire, north England.
In a statement, he says, "Beagles, indisputably, are highly intelligent sentient creatures, friends of Man for centuries. It is completely morally unjustifiable for these animals to be made to suffer in the name of science, and I am shocked to learn of plans to set up a facility in Yorkshire to breed and supply beagles to the research industry...
"I urge The Right Honourable Eric Pickles, Secretary of State for Communities and Local Government, to listen to the concerns of the British public, and to reject this appeal - thereby preventing this facility from being built."