Brian May Upset By Badger Cull 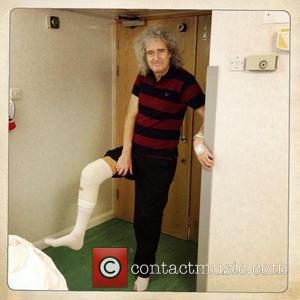 Picture: Brian May posted this image on Twitter with the caption: Bri kicks back ! Cheers folks !

Rocker and animal lover Brian May has been left sickened by the news British lawmakers have green-lit a nationwide badger cull.

The Queen guitarist has been fighting the legislation for years and had hoped his efforts were enough to call off the planned slaughter of badgers, but government officials have declared it open season on the creatures to prevent the spread of bovine tuberculosis.

"British cattle farming, already hugely subsidised by the tax-payer over the last few years, has got itself into a Tb disaster situation. I believe that, by succumbing to pressure of 'We have to do something', they are about to make the situation much worse. A tragedy for all.

"Recent Bangor (England) report says 1 in 10 farmers are killing badgers already; with the perturbation this is causing, no surprise bTb is increasing... Badgers: Seems we're heading into a very bloody piece of history which may decide the next general election and the whole future of farming."