Brian May To Lead Badger Flashmob In London 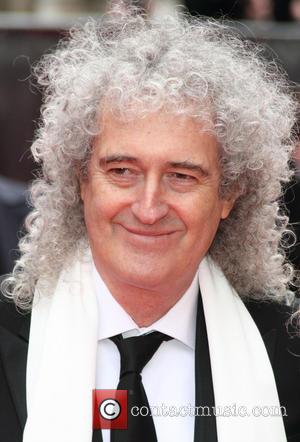 This May Day (Wednesday 1st May) a badger flash mob will descend on the Department for Environment, Food and Rural Affairs (DEFRA), protesting the Coalition's Government's mass killing of badgers.

The flash-mob will last five minutes as the badgers dance to a new version of Weebl's original YouTube sensation - the Badger Badger Badger song (with over 17 million hits).  The new version, produced with a little help from Brian May, is a cry for the public to "Save the Badgers" was inspired by Queen's hit record 'Flash'.

It is not known if Brian May will be present with the flash-mob as they dance and call for the badger cull to be replaced by badger vaccination. Fifty badgers - styled as New Romantics - will spend the morning site-seeing in London before emerging onto Smith Square at 12 noon exactly.

The flash-mob is the climax of an Animal Aid campaign that has run throughout the UK in Lush Cosmetics' 104 shops nationwide.  The campaign asks the public to vote against the Conservatives in the 2nd May Local Elections (and all future elections) to send a clear electoral message of the unpopularity of the badger cull policy.

Oliver Letwin MP, Minister for Government Policy, has received tens of thousands of postcards from Lush staff and customers telling him that 'badgers have friends, and those friends have votes'.

Brian May spoke about the cull: "The Government's determination to go ahead with the badger cull this Summer is sadly misguided: ignoring the available scientific evidence, public opinion, and the will of Parliament, it is a tragedy for our wildlife and will not benefit farmers. Culling badgers is not even the beginning of an answer to the problem of bovine TB.  Not only is the practice inhumane and impractical, but it has also been proven time after time to be ineffective in tackling the disease, as has been made repeatedly clear by all the leading scientific experts, and witnessed in many countries around the world.  The ONLY hope of eradication of bTB is vaccination."