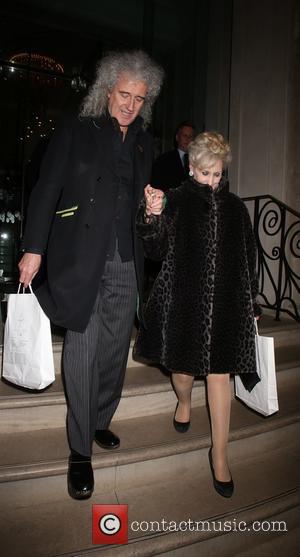 Rocker Brian May is set to become the new patron of an astronomy museum in his native U.K.

The Queen guitarist, who has a degree in astrophysics from London's Imperial College, will take over the post at the Herschel Museum of Astronomy in Bath, England from his late friend, Sir Patrick Moore, who died last year (12).

The museum is dedicated to astronomer William Herschel, famed for his discovery of the planet Uranus.

May says, "I'm honoured to follow in the footsteps of Sir Patrick as patron of the Herschel Museum. Patrick had a great affection for the museum... It's an inspiring place, giving a first-hand glimpse into the life of one of the world's finest astronomers... I hope to be a good patron, and an ambassador for this important part of Britain's scientific heritage."

The museum's curator, Debbie James, says of May's appointment, "His knowledge of astrophysics and gift for inspiring enthusiasm for astronomy in others make him the perfect ambassador for the museum... We couldn't think of anyone better suited for the role."

May previously indulged his passion for the stars by writing several books with The Sky At Night presenter Moore, who died in December, 2012, aged 89.