Queen guitarist Brian May and Broadway legend Kerry Ellis are finally re-teaming for their second album release 'Golden Days', six years on from their first full-length output. It's a compilation of original and re-arranged tracks, including a tribute to a cause close to their hearts. 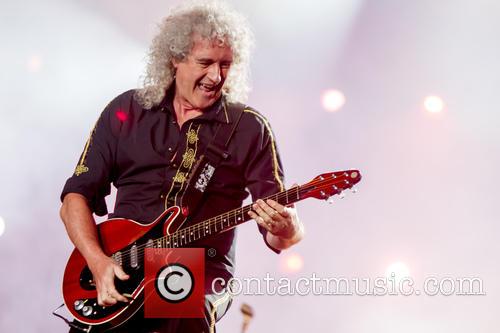 Brian May re-teams with Kerry Ellis

The album features five original songs - two of which were written by Brian and three which were a collaborative effort between Brian and Kerry - as well as new arrangements of classic tunes like 'Amazing Grace', The Wailin' Jennys' 'Once Voice' and the Academy Award winning 'Born Free' from the film of the same name as an ode to their Wildlife Conservation work.

'This album is a true collaboration between Kerry and myself' , Brian revealed. 'Five years ago, 'Anthems' was the result of me producing an exciting new artist - Kerry Ellis. This new record has both our names on it, and breaks new ground. We produced ourselves together as a team. I feel confident it's the best thing we've ever done and a worthy testament to 13 years of belief. It also happens to feature Britain's most beautiful voice!'

They first started working together when Brian cast Kerry in Ben Elton's Queen musical 'We Will Rock You'. He went on to produce and feature in her 2008 EP 'Wicked in Rock' and her subsequent 2010 album 'Anthems'. They toured together in 2011, did a number of one-off charity gigs and high profile events together over the following years and hit the road again in 2012 for The Born Free Tour. They did The Candlelight Concerts tour in 2014, following the release oflive album 'Acoustic by Candlelight'.

'This new album has been a real journey of discovery and I feel so proud of how Brian and I have developed over the years; we have learnt how to work together and inspire each other to create special performances and music', says Ellis. 'The album is really a mixture of our experiences and has a story behind each song. Brian and I have had such fun developing it and can't wait for people to hear it.'

'Golden Days' is set to be released on April 7th 2017 through Sony Music.