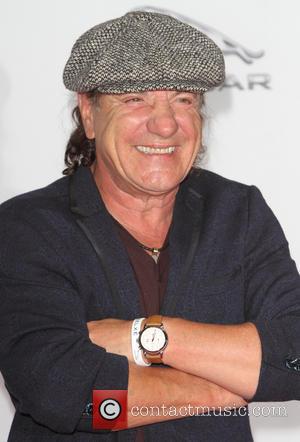 The rock legend and his bandmates will make their Coachella debut on Friday night (10Apr15), and Johnson admits he feels well prepared thanks to a chat he had with the former Beatle, who topped the bill at the festival in 2009.

The singer tells the Los Angeles Times, "He goes, 'Brian, you get on that stage and I'm telling you, you see all these kids looking for the hip-hop acts. Then they see you, and they’re like, 'Who's he? Oh, yeah - my dad talks of him'.

"But he said it's great because you're doing your thing, and eventually all the kids go, 'He’s cool, this dude!'"

Johnson admits he has been looking forward to headlining Coachella ever since the gig was lined up, adding, "It kind of takes you right back to the start, when you had to win over an audience. I'm excited."

Jack White and Drake will also headline the festival when it opens for business over two successive weekends on Friday.