Earlier this month, AC/DC were forced to postpone the rest of their North American tour after Brian Johnson was warned he was going deaf.

Following the diagnosis of serious hearing problems that have forced him to leave their Rock Or Bust tour of North America with immediate effect, AC/DC’s former lead singer Brian Johnson reportedly feels “betrayed” by his bandmates’ handling of the situation.

The heavy rock gods cancelled and are re-arranging the remaining 10 shows of their current American tour, after 68 year old Johnson was told by doctors that he would go permanently deaf if he kept performing with them.

Now, Johnson has reportedly told his close friend, American comedian Jim Breuer, that he feels let down and frozen out by his bandmates and believes that his successor has already been chosen. 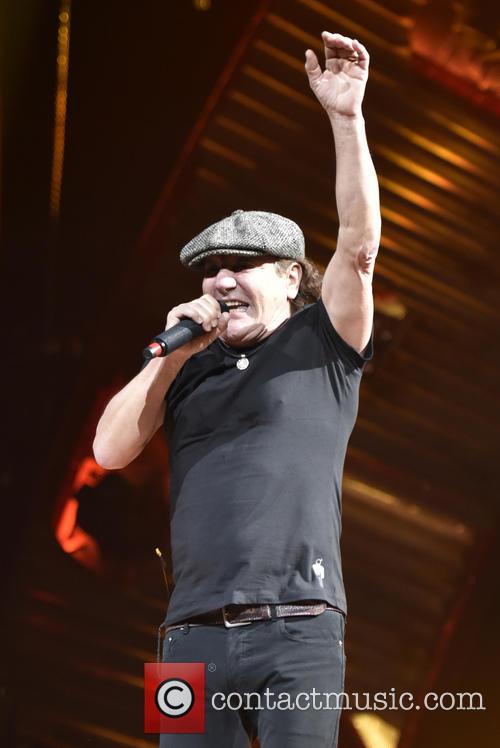 Breuer said that he had visited Johnson, who had been the lead singer of AC/DC ever since the death of Bon Scott in 1980, in his Florida home and had found him to be “really depressed”.

“But he wasn't upset about his health,” he revealed on his podcast, as reported by the Canton Repository this week. “He was upset in that he kind of feels he got kicked to the kerb.”

Johnson reportedly feels that his diagnosis isn’t as bad as it seems, and had hoped to come to an arrangement whereby he could still perform open-air concerts, but was upset that the band effectively removed him from the group via a press announcement the very next day.

However, Breuer has subsequently admitted that although the essential story was true, he had gotten slightly carried away in re-telling it and had embellished some aspects of it. In a Facebook post, he wrote: “All Brian said was 'I feel down & want to finish the job and hope it happens!' The rest was ME GOING OFF.”

In a later video, Breuer also said “I’m not quoting Brian Johnson. It’s me venting. He didn’t say a lot of those things.”