The Beatles' Management Contract With Brian Epstein Fetches £365,000 At Auction

The contract, which replaced Pete Best with Ringo Starr on drums, is the only management contract the group ever signed.

The original contract signed by The Beatles and their manager Brian Epstein sold at auction for £365,000 on Tuesday (September 29th).

The document, dated October 1st 1962, was signed at Epstein’s office in Whitechapel a matter of days before the group released their first single ‘Love Me Do’. It confirmed Epstein, often referred to as the ‘Fifth Beatle’, as the group’s permanent manager and also brought in Richard Starkey (known obviously as Ringo Starr) in place of their former drummer Pete Best.

The Beatles' management contract went under the hammer this week

'The Fifth Beatle', an adaptation of a graphic novel about the late Beatles manager, was announced at the Cannes Film Festival.

Simon Cowell is set to produce a movie biopic of the late Beatles manager Brian Epstein, which will be entitled The Fifth Beatle. It’s an adaptation of a graphic novel of the same name published in 2013 by Vivek J. Tiwary, and tells the story of how Epstein took the legendary group from local stardom to international success under his stewardship.

According to a report in Variety, Tiwary himself has written the screenplay and is also signed on to be a producer alongside the ‘X Factor’ judge. The project has also secured the rights to use the group’s music in the film, with a director set to unveiled in the near future. 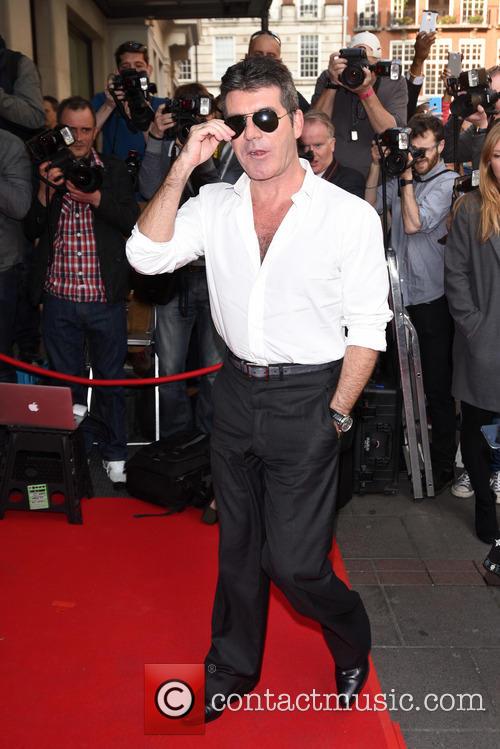 Simon Cowell is set to co-produce a film about Brian Epstein, The Beatles' manager

The inductees for the Rock & Roll Hall of Fame's class of 2014 have been chosen, with Nirvana, Kiss, Peter Gabriel, Hall And Oates, Cat Stevens and Linda Ronstadt all being honoured in the latest induction. As well as these, the E Street Band will be presented with the Award for Musical Excellence at the ceremony, with Beatles manager Brian Epstein and original Rolling Stones manager Andrew Loog Oldham also being honoured as non-performers.

Nirvana have been honoured at the first time of asking

For Nirvana, their induction comes at the first time of asking, with the band only becoming eligible for induction this year. According to the rules of the Hall of Fame, an artist only becomes eligible for recognition 25 years after the release of their first album or single. For Nirvana, their first single came in 1988 with the release of 'Love Buzz,' with their induction coming as "no surprise" to Rock and Roll Hall of Fame President and CEO Joel Peresman or many other people for that matter.

Brian Epstein was the manager of the biggest pop band in the world, The Beatles, for five years until his death in 1967. He was a musical impresario who knew genius when he first laid eyes on it and it was down to him these four lads from Liverpool sold more than 600 million records across the globe. But behind all that, he was suffering intensely from his own personal troubles; his sexuality just about ostracised him from society, alienating him so much that he never found love or, indeed, acceptance. He subsequently became addicted to amphetamines, began taking cannabis and developed insomnia which was not curbed by frequent visits to the Priory Clinic and led him to his death at the young age of thirty-two when he was found alone, locked in his bedroom. According to Paul McCartney, 'If anyone was the Fifth Beatle, it was Brian.'

Today marks the 50th anniversary of The Beatles’ first hit song, ‘Love Me Do’ (October 5, 2012). To mark the occasion, a choir of 1631 people gathered in the band’s home town of Liverpool to set a new world record. The choir sang ‘Love Me Do’ with a new section of the choir starting the song a few bars after the previous section until the entire choir is singing the song, but at slightly different parts. According to the BBC, the group met at Pier Head at 12:000 BST today to sing the song, which reached number 17 in the UK charts in 1962. The previous record for the number of people in a choir, singing in a round, was set in Chicago, in 2011.

The Beatles’ career will be remembered in a forthcoming BBC documentary this Sunday (October 7, 2012). Entitled Love Me Do: The Beatles ’62, the documentary will reveal how Brian Epstein purchased 10,000 copies of the single, in order to propel the band into the charts and get them known amongst the Great British record-buying public. Members of The Merseybeats also recall, in the programme, how Epstein would encourage them to go out and buy copies of the single, too, to help The Beatles get into the charts.

A re-mastered version of the band’s film The Magical Mystery Tour is also being shown on the BBC on Sunday, after receiving its debut screening in London earlier this week.

Brian Epstein Bought 10,000 Copies Of ‘Love Me Do’ To Ensure The Beatles Chart Success

A new documentary charting the rise of The Beatles has revealed that the band’s manager, Brian Epstein, was partly responsible for their initially success after he bought 10,000 copies of the group’s first single ‘Love Me Do’.

The new BBC documentary, titled Love Me Do: The Beatles ’62, will air on BBC4 this Sunday (October 7th), during which a close friend of Epstein, Joe Flannery, reveals the tactic the group’s manager used to ensure chart success for the Fab Four. He reveals that, as well ordering copies of the single in bulk, Epstein also encouraged the band to buy the single themselves whilst they were out on tour.

As well as Flannery, Billy Kinsley, a member of The Merseybeats, also admits that he and his band were recruited by Epstein to buy copies of the single. Kinsley, whose band was also managed by Epstein, says in the documentary: “He [Brian Epstein] found out that we were on tour, he’d look at our gigs, [and say] 'Oh we’re playing Sheffield' or 'We’re playing Manchester. OK will you just go in this record shop and pick up a few copies [of Love Me Do]? Don’t all go in at the same time.' Which we did. I like to think that we did help the Beatles get to number 17.”

Continue reading: Brian Epstein Bought 10,000 Copies Of ‘Love Me Do’ To Ensure The Beatles Chart Success

Brian Epstein Bought 10,000 Copies Of 'Love Me Do' To Ensure Beatles Chart Entry

It looks like The Beatles single, Love Me Do was always set a chart entry, due to some sneaky sales tactics employed by Brian Epstein, reports Music Week.

"He [Brian Epstein] went and he bought 10,000 copies of 'Love Me Do' and that was in his store room in Whitechapel, because I'd seen them, they were there, 10,000 copies," explained friend and business associate Joe Flannery. The documentary, Love Me Do: The Beatles '62 will be broadcast this Sunday, October 7 at 10.00pm. It celebrates 50 years since the release of the song in October, 1962, and will include Sir Peter Blake, Bob Harris, Gerry Marsden and the Beatles original drummer Pete Best, who was replaced by Ringo Starr. "He [Brian Epstein] found out that we were on tour, he'd look at our gigs, [and say] 'Oh we're playing Sheffield' or 'We're playing Manchester. OK will you just go in this record shop and pick up a few copies [of Love Me Do]? Don't all go in at the same time.' Which we did. I like to think that we did help the Beatles get to number 17."

The Beatles went on to be one of the biggest selling bands of all time, but the news that Epstein boosted sales by as many as 10,000 single-handily may come as an embarrassing revelation to some, but will probably be seen as a funny anecdote on the Liverpudlian band's incredible journey. 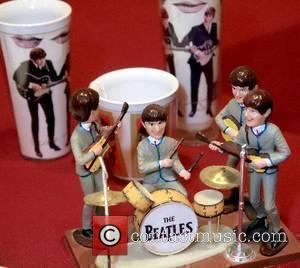