Christine is a manipulative and unpredictable chief of an advertising company. When she reins in a new assistant, Isabelle, they quickly become embroiled in a conflict as the latter puts Christine's position of power in deep jeopardy. When Isabelle thinks up a new idea for the company, Christine takes credit for it as her own and tensions arise as a full-on war begins to bubble below the surface. Isabelle embarks on an affair with Christine's husband Dirk, while Christine attempts to seduce her to throw her life and career into confusion. But soon, petty advances are replaced by sadistic motives when an apparent murder takes place naming Christine as the victim and Isabelle as the perpetrator. Beneath that, however, is a scheme even more calculating and evil.

In intriguing news, Al Pacino and Brian De Palma are to hook up again for the third time to appear in the film Happy Family, the film based on the real-life story of the late American football coach Joe Paterno, whose successful reign at Penn State was undone after it became public that he’d been aware of defensive co-ordinator Jerry Sanduvsky molesting children, and had done little to stop it for fear of tarnishing their legacy.

A dark story, it was one made for the team of Pacino and De Palma, who – you should know – teamed up most famously in the gritty gangster film Scarface in the 1970’s. They pair also teamed up for the critically acclaimed Carlito’s Way, which gives plenty of cause for excitement ahead of this new project. Pacino’s name first became linked to the project last year, though was never officially confirmed; however Deadline is now reporting that Wallstreet producer Edward R. Pressman has optioned the bestselling book Paterno by Joe Posnansk, based on the subject, and it’s Pressman who has spilt the beans.

“Happy Valley reunites the Scarface and Carlito’s Way team of De Palma and Pacino for the third time and I can’t think of a better duo to tell this story of a complex, intensely righteous man who was brought down by his own tragic flaw,” said the producer. Having racked up the most wins in college football history, Paterno was a man with nationwide love and respect, that is until allegations about Sanduvsky got out, and the full extent of the cover up was revealed. Sacked from his role at Penn State, Paterno lived the last years of his life with a huge cloud of sadness hanging over him before his death in January last year, aged 85. Sanduvsky was found guilty of 45 counts of sexual abuse against young boys.

Carrie Remake Teaser Trailer: Will Fans Of The Original Be Converted?

A teaser trailer for the Carrie remake was unveiled at New York’s Comic Con last weekend and has now made its way online. Starring Chloe Grace Moretz and Julianne Moore, the re-visioning of the 1976 Brian De Palma classic will, of course, have horror fanatics cowering behind the sofa in fear, peering gingerly through the fingers that fearfully cover their eyes. This won’t be because they are particularly scared of whatever is happening on screen, though but because they are petrified of what director Kimberly Peirce may have done to their beloved Carrie.

The teaser trailer itself isn’t exactly very… teasing. As the camera pans over an American town that’s been pretty much entirely set on fire, it eventually zooms in on Chloe Grace Moretz, stood in the middle of the street, surrounded by flames and covered in blood, recalling the classic Carrie scene. Except, in the classic image of Carrie (played by Sissy Spacek), covered in blood, she wasn’t standing in the middle of the street. She was at her school prom. But hey, why let a massive detail like that upset you? Perhaps this scene is just from her walk home from the prom. (Cue thousands of horror purists reaching for their ventilators).

Over the action, a montage of voices spout various suspense-inducing phrases, such as “she wasn’t some monster — she was just a girl” and “her mother was a fanatic, I don’t know how she lived with her.” We don’t get much more than that from this first glimpse of the film; the movie’s producers will have to try a lot harder than this if they want to coax any fans of the original out from behind the sofa.

By Aaron Lazenby
Bad
The only thing worse than a bad movie is a bad movie that takes itself seriously. Not only is your intelligence insulted, but the director is revealed to be a snob as well as a failure. And worst of all, the film is usually boring. 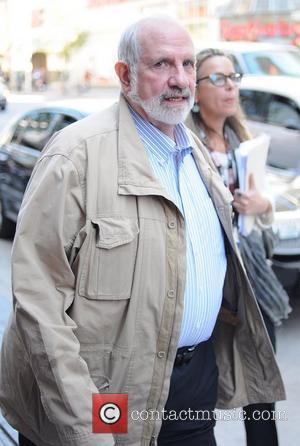