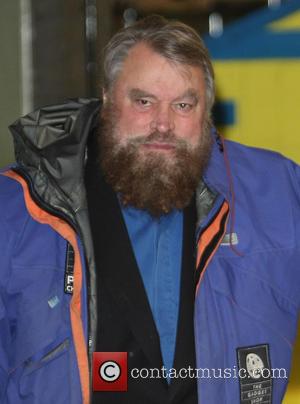 Veteran actor Brian Blessed has stepped up his involvement in rocker pal Brian May's campaign against a planned badger cull in their native Britain by calling on fans to sign a petition to show their support.

The Queen guitarist has been a leading voice against government plans to reduce the country's badger population as part of an ongoing battle to stop the spread of bovine tuberculosis to cattle, but his activism failed to sway the decision of top politicians and they announced in February (13) that they will be pressing ahead with the slaying in the English counties of Gloucestershire and Somerset in a bid to protect the area's diary farming industry.

A defeated May branded the announcement "disastrous" and called the practice "a tragedy", but Blessed is refusing to give up hope and has urged his devotees to voice their opposition to the culls by adding their names to the rocker's online petition in a last-ditch effort to overturn the government's decision.

A statement posted on the Flash Gordon star's website reads: "The government spent £50 million of our money examining the problem of Tb in cattle. Their scientists told them in no uncertain terms that slaughtering our badgers was pointless. They ignored this advice and decided to kill them anyway.

"So Dr May shouted and we all signed his petition and the government had a debate about it. They agreed killing badgers was pointless. Now not only are they ignoring science they are ignoring themselves, and plan to shoot thousands of badgers very soon.

"So please, sign the petition, let them know that the British people will not be party to this. Remember, this has never been a choice between supporting farmers and saving badgers, this is a choice between the pointless slaughter and suffering of innocent creatures and leaving them to live in peace."