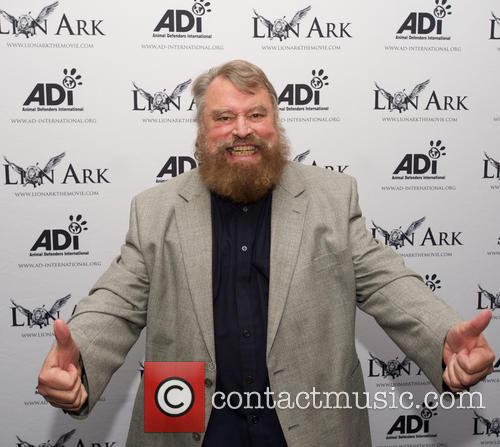 'I was running all over Richmond Park and a woman was having a baby under a tree and there was nobody around', he explained. 'I rushed across to her, got her legs open. and gradually I got the baby out.'

The incident happened in 1963 according to Blessed, who told the story to BBC Radio 4's Libby Purves during her Midweek show. The anecdote came up with regards to veteran midwife Mark Harris' appearance on the show, the founder of male-orientated antenatal class service Birthing For Blokes and author of 'Men, Love and Birth' who was discussing the role men play in the birthing process.

'I pressed her belly and got rid of the clots, I got the afterbirth out, then I bit it loose, I tied it into a knot and then I just called for help and eventually an ambulance came', he continued, as Purves and the other guests laughed in astonishment.

According to Blessed, it was a baby girl and the mother even recognised him from the television series he was appearing in at the time, police drama 'Z-Cars'.

'I've never talked about it', admits Blessed, who appeared in a production of 'King Lear' with the Guildford Shakespeare Company earlier this year, but notably withdrew from the play after collapsing on stage.

Purves confessed she couldn't think of anything less restful than having Brian Blessed deliver your baby - and we have to say we agree with her. And while he swears the story to be true, we not entirely sure which bits actually happened and which bits have been elaborated for story-telling purposes. Either way, it's a pretty incredible tale to hear!