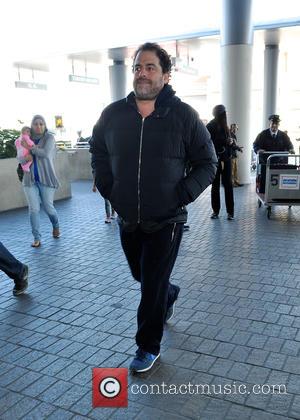 Picture: Brett Ratner - Brett Ratner arrives at LAX to catch an International flight out of Los Angeles, and talks about his latest movie project 'Beverly...

Filmmaker Brett Ratner has filed suit against bosses at a Kentucky-based whiskey firm over trademark rights for his planned alcohol venture.

The Rush Hour director is working on plans to launch a premium brand of whiskey with tastemakers at Diageo, cashing in on the name of his famed Beverly Hills property Hilhaven Lodge, a home previously owned by Hollywood icon Ingrid Bergman.

However, the project's announcement in December (14) landed Ratner a cease-and-desist letter from Heaven Hill Distilleries executives, who claimed the name of his proposed drink was too similar to Heaven Hill's own trademark rights.

Ratner challenged the notice, arguing that he had not faced any objections in 2012, when he filed and obtained the Hilhaven Lodge trademark for a number of products, including alcoholic beverages excluding beer, but his response was ignored and he was slapped with a second cease-and-desist notice in January (15).

The move has since prompted Ratner's lawyer Jason Russell to file suit against Heaven Hill chiefs to clear the way for his new business venture to proceed.

In papers obtained by editors at The Hollywood Reporter, Russell writes, "It was only when the relationship with Diageo became public that Defendant determined to assert trademark infringement, indicating that Hhd is seeking to insulate itself from competition, not avoid consumer confusion.

"Plaintiff therefore brings this lawsuit in order to remove the cloud cast over Plaintiff's Marks and Brand by Defendant's allegations of infringement so that Plaintiff can proceed with his plans to develop and launch the Brand and the Branded whiskey product."

Dwayne Johnson signs up for Hercules

Like Paul Walker's character in it, Running Scared is a lot smarter than it looks....