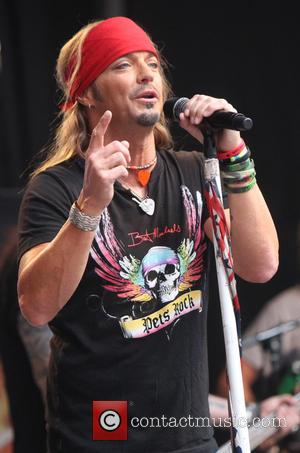 BRET MICHAELS has reached out to his bandmate Pete Evick following the death of his father.

The guitarist's dad passed away on Tuesday (06Aug13), hours after suffering a cardiac arrest on Monday (05Aug13), and the Poison frontman has been quick to reach out to his close pal to express his condolences.

In a post on Twitter.com, he writes, "Our thoughts are with our friend Pete Evick whose father, also a war veteran & diabetic, passed away this morning."

Michaels is a longtime diabetes sufferer after he was diagnosed with the condition at the age of six.