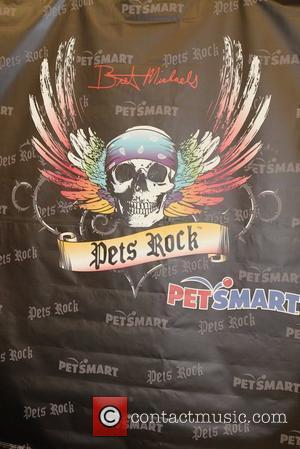 BRET MICHAELS and Kristi Gibson have called off their engagement, bringing to an end an 18 year-long relationship that has yielded two children. Indeed, they'd been together for 16 years before Michaels - the singer of metal band Poison - popped the question to his girlfriend, and he might be wishing that he hadn't bothered now after disrupting what had been a close union. That proposal came on the most public of forums too - his own reality TV show 'Bret Michaels: Life As I Know It'.
A source told People Magazine "Although the couple have separated they remain great friends and are committed to jointly raising their two daughters," referencing their kids Raine Elizabeth, 12, and Jorja Bleu, 7. No reason has been given for the divorce as yet, but it must've been something pretty substantial given the things that the couple have been through over their near-two decades together. Gibson has constantly been at Michaels' side through a variety of ailments over the years, including an emergency appendectomy, a near-fatal brain haemorrhage and a stroke.
Indeed, she seemed to have calmed down the 49 year-old rocker despite their at times on again off again relationship. Michaels of course found additional notoriety back in 1998 when a sex tape leaked involving him and Pamela Anderson, it went on to gain a full DVD release in 2005.