Shinedown Frontman Brent Smith Had To Postpone Work On The Band's Latest Album After He Developed Nodules On His Vocal Cords Which Left Him Unable To Sing. 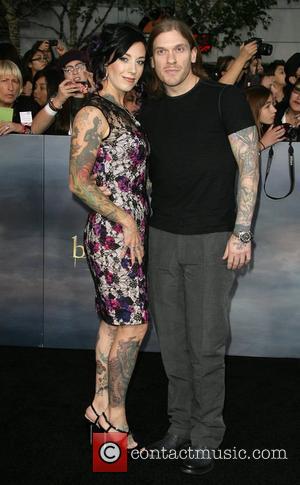 The Sound of Madness hitmakers are preparing to release their fifth studio album this year (15), but frontman Smith reveals the record was delayed when he was diagnosed with throat problems after wrapping up their last world tour.

He tells The Pulse Of Radio, "When we got off tour, I had three nodules on my left vocal cord. I had to heal them. I was lucky enough to do so naturally - I didn't have surgery, but it took two and a half months to get them where they needed to be... I (also) got this thing called thrush, which is normally what babies will get. We have fungus in our bodies that's dormant and sometimes it'll unleash, and it unleashed on me. It went all the way down to my esophagus, so that was another two months to heal from that. Four months in all after we got off the road, then we started writing the record."