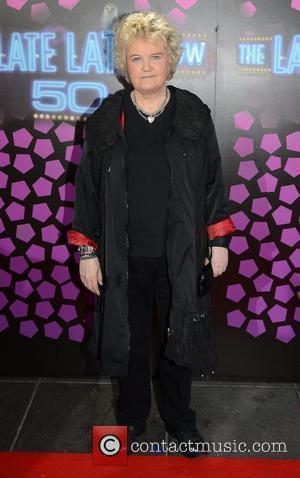 Irish actress Brenda Fricker has been left grief stricken after four friends died in less than a month.

The 67 year old reveals in U.K. Tv show Living The Life that she has been heavily affected by grief and never got over the passing of her sister.

Her ex-husband Barry Davies, who she remained close to following their 1988 split, died in the early 1990s, and Fricker's best friends passed away shortly afterwards.

Now she is in mourning again for another four friends who died in a three week period, and she admits the string of tragedies have taken their toll.

In the show, which aired in Britain on Tuesday night (06Nov12), she says, "After Barry died, my three best friends died within two months. When you get to my age they're falling off the perch every week.

"The last three weeks I lost four friends, I spent the last weekend writing letters of condolences to families. It sounds pathetic, and I don't mean it to sound that way, but I actually have nobody to talk to about anything.

"My sister's death hit me twice as hard as Barry's... I still haven't recovered from it. I walk differently, my back is bent a little differently. The sadness is just so deep I will never be the same person again."

Fricker also admits she feels isolated and lonely in life after growing apart from her friends over the years.

She adds, "I think friendship, it's very strong and then it kind of gets abandoned in a way. Women are not as good at it as men... when women get married and have children they move away from their friends and they don't stay in touch with them as much, they put their family first. And me not having children and not having a husband, being completely on my own, all my friends are married and have kids so I'm very isolated.

"All the people I want to talk to are in the business (acting), that's where you make your friends usually, in the work place... they're all working 15 hours a day, they're all in America or in Bulgaria or in whatever (sic). You can't just pick up a phone anymore and talk to somebody, I can't anyway, not with the friends I've got. It has brought loneliness into my life, which was never in my life before."