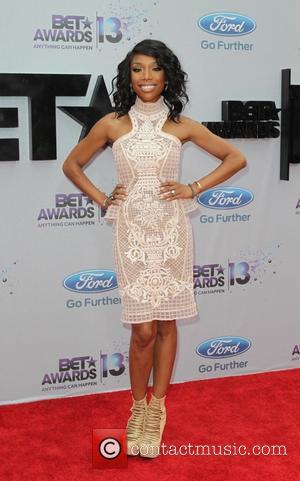 R&B singer Brandy cut short a gig in South Africa on Saturday (17Aug13) after she was left playing to an empty stadium.

The star had been booked to appear at the First National Bank (Fnb) Stadium in Johannesburg as part of the celebrations of Nelson Mandela Sport and Culture Day, which included soccer and rugby games as well as live music.

However, Brandy was left playing to a tiny crowd of around 40 people in the 90,000-capacity arena after taking to the stage at the end of the event, and she reportedly performed just two songs before walking off.

South African singer Kabomo, who was at the stadium, described the incident in a series of posts on his Twitter.com page, writing, "I have no words for what I just witnessed... Brandy performed to an empty stadium. With the stadium lights on. She sulked after two songs and walked off... It was late. People didn't know there was a concert after the games. No one knew Brandy was around. Maybe a 40 people audience (sic)... There are more people there on a random Tuesday... Depressing."