Singer/actress Brandy's Broadway Career Has Been Given A Huge Boost After Theatre Bosses Decided To Extend Her Run In Hit Musical Chicago By Another Six Weeks. 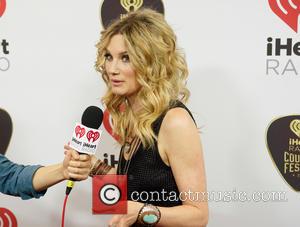 The Boy Is Mine hitmaker made her debut as sexy murderess Roxie Hart on the Great White Way in late April (15) and had been due to wrap up her eight-week stint on 21 June (15), but show producers have since asked the star to stay on through the summer.

Brandy announced the news via her Facebook.com account on Monday (01Jun15), when she shared a photo of herself in costume onstage, holding up a sign which reads, "Brandy extends!".

In the accompanying caption, she quoted a song from the musical Dreamgirls and wrote, "I'm staying, I'm staaaaaayyiiinnng...and you, and you, AND YOU, you're GONNA LoOoovvvveeeeeeeeEEEEEE MEEEEEEEE!!!! I'm so thankful to be extending in @chicagomusical until Aug 2 (sic)!!!!"

However, Brandy will have to sit out four performances at the Ambassador Theatre later this month (Jun15) due to scheduling conflicts.

Brandy took over the headlining role in the New York production from country singer Jennifer Nettles.