The 'Pretty Little Liars' actor gets 180 days more than a year after neighbour dispute.

Brandon Jones has been sent to prison for 6 months after pleading no contest to a charges of misdemeanor assault following an altercation with a neighbour last year that culminated withhim pulling out a firearm. He actually got off pretty easy, considering what his penalty could have been. 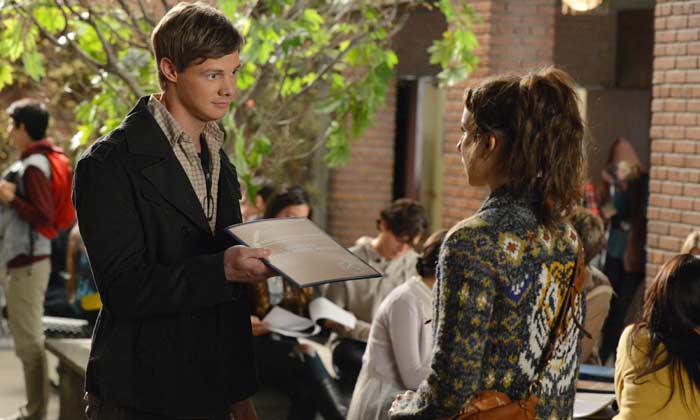 The 29-year-old 'Pretty Little Liars' star will spend 180 days in jail after allegedly pointing his gun at a neighbour and pulling a knife out, cutting down the jailtime he was originally facing by five years. He was, however, given 3 years probation, forced to undergo 30 days of community labour and attend at least 26 anger management classes.

The Los Angeles County District Attorney's Office confirmed Monday's (August 28th 2017) outcome from the incident that occurred at his North Hills home on March 24th 2016, as well as another argument from October 30th 2015 when Brandon apparently showed his concealed handgun. While it doesn't appear that there was any physically harm inflicted on either party at either time, Brandon is still liable for misdemeanor assault for actually producing the weapon.

'It is our understanding that the gun in Mr. Jones' possession was fully legal and registered, that he was on his girlfriend's private property, and that he and his girlfriend felt that they were under threat in a dispute with neighbors', his representative said in a statement to TMZ following the later event.

He's certainly not had an easy year, as it was only last summer that he revealed his mother passed away from what sounds like an unnamed illness. 'My Mom held on long enough so I could make it home and be by her side when she passed away', he wrote on Twitter at the time.

Brandon is best known for his role of Andrew Campbell in 'Pretty Little Liars', but he has also had roles in episodes of 'Lie to Me', 'CSI: Crime Scene Investigation', 'Supernatural', 'Unbreakable Kimmy Schmidt' and 'The Big Bang Theory'.