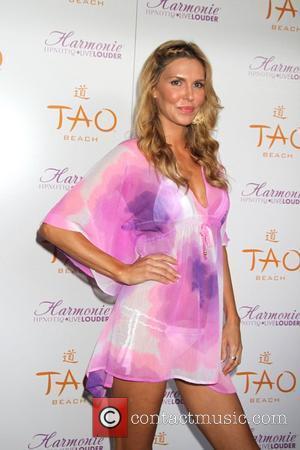 Actor Eddie Cibrian's ex-wife Brandi Glanville has confessed to enjoying a "week of fun" with 300 hunk Gerard Butler last summer (11).
The reality TV star was quizzed about her love life during an appearance on U.S. talk show Watch What Happens Live! on Monday night (23Jan12) - and confirmed reports she dated Scottish actor Butler.
She said, "It wasn't a one-nighter, it was just a week of fun... It was over the summer."
And Glanville didn't stop there - after some prompting by host Andy Cohen, she went on to rate Butler's performance in the bedroom an impressive 11 out of 10.
Real Housewives of Beverly Hills star Glanville split from Cibrian in 2009 after his affair with country singer/actress LeAnn Rimes hit the headlines. Their divorce was finalised in September, 2010 and Cibrian and Rimes went on to wed in April last year (11).