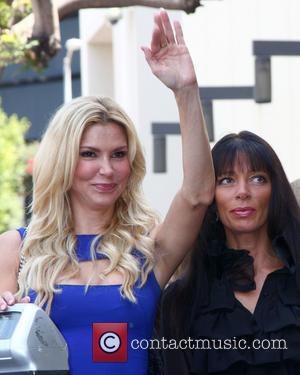 Real Housewives... star Brandi Glanville has reportedly fired her personal assistant after her dog was stolen - or dognapped if you prefer - from her home last Wednesday (June 5). Now, according to TMZ, Brandi is pinning the blame almost solely on her assistant, who she fired over the dognapping this weekend.

The PA, a 23-year-old who asked not to be named, told TMZ that she received a text from Brandi explaining that she no longer works for Brandi because she wasn't committing to her work duties by losing the pet chihuahua, Chica. She told the gossip site; "I no longer work for Brandi. She texted me [Saturday] saying that I didn’t do my job by losing the dog."

Brandi had originally told press that she was not planning on firing her assistant, the last person to be with the dog before it was stolen form her Encino home last week, however her mood must have shifted over the weekend as the assistant now claims Brandi has decided that the dognapping situation cannot go unpunished. Understandably, the assistant isn't best pleased that she got fired and claims that not only did she do everything in her power to prevent anything happening to the pooch, but Brandi still owe her around $1,000 in wages (which Brandi now says is being resolved).

Glanville has since come forth to address the firing and said that despite her former right-hand-woman's pleas, she thinks that the burglary story is bogus anyway and it was made up so the former PA could hopefully cover her tracks. She said, "I did what I had to do. If I can't trust her with my dogs, how can I trust her with my kids?"

Brandi was smitten with her pet pooch The reality star says she can no longer trust her assistant