Having grown up with the radio soap, Wiggins is set to make a cameo on The Archers

Olympic gold medallist Bradley Wiggins is set to star in the popular Radio 4 soap, The Archers, as part of The BBC’s Sport Relief campaign. The cameo role will see cyclist Wiggins play himself as he encounters Lynda Snell (played by Carole Boyd) and her rusty bike. "It's not every day you get to star in the world's longest-running soap opera," said Sir Bradley. 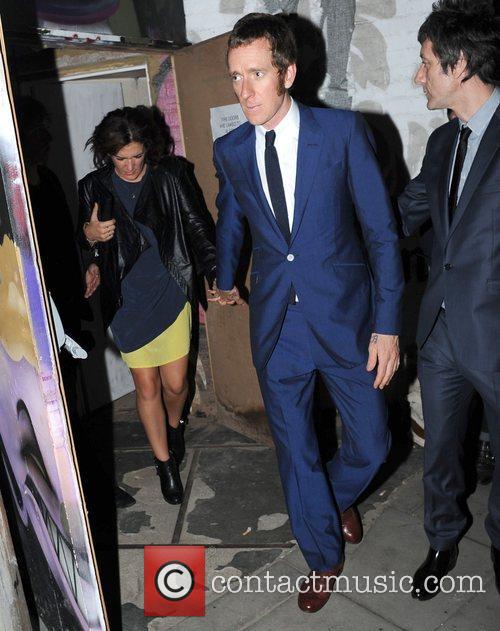 "When I was asked to record a Sport Relief special for The Archers, there was no way I could turn it down," he said. "I grew up with it on the radio in the house." Wiggins’ time in Ambridge has a purpose: he’s there to judge the winner of the village’s Sport Relief charity event. But he’ll also have an "amusing encounter with Lynda Snell and her rusty old bike", according to programme makers. He joins the list of previous cameos, which includes Dame Judi Dench, Chris Moyles and the Duchess of Cornwall.

Continue reading: Bradley Wiggins Takes A Bike Ride To Ambridge To Star In 'The Archers'

The NME awards isn't just to praise the biggest and best bands of the year, it is also a platform for popular social commentary, and for a hefty dose of good humored judgement. The categories of Heroes and Villains are a tidy round up of the stars that have done the best and worst work over the year.

This year's Villain nominations include the obvious choice of David Cameron, but he's facing stiff competition in the form of Harry Styles, Skrillex, Psy, Fred Macpherson and Azealia Banks. Styles being in One Direction (nominated for worst band) is reason enough to be in the list, and Azealia Banks tweeted feud with fellow female rapper Angel Haze in which she used a homophobic slur against Haze certainly makes her a baddy. But as for Fred Macpherson's appearance in the list, we can't quite work out why he's been included, Spector aren't that bad.

The Hero's list is a far better list and there's no question as to why any of the nominees are included. Dave Grohl brought Nirvana back with the help of Paul McCartney - even if you don't agree with the choice of McCartney, it was a great feat, and Grohl never fails to give his all to music and to an enormous range of bands. Pussy Riot went to prison for speaking openly about LGBT and feminist topics. Frank Ocean brazenly came out in a predominantly heterosexual and largely homophobic hip hop community during 2012, confessing to having fallen in love with a man. Bradley Wiggins is Bradley Wiggins. Barack Obama is Barack Obama. And David Bowie is back. Happy days.