Megan Leavey is a young US Marine corporal who has never been brilliant at connecting with people. Her mother isn't happy about choice of profession, but Megan finds something within herself as a Military Police K9 handler, finding it much easier to bond with dogs than her comrades. One day she meets Rex; a working dog whose skills include detecting explosives and attacking. Unfortunately, he happens to be one of the most vicious dogs on the team, but Megan isn't going to led that deter her. She's determined to train Rex and teach him discipline and they form a relationship, saving thousands of lives as they embark on over 100 missions over two Iraq deployments. However, when an IED explosion leaves them both injured, Megan decides she wants Rex to retire and live out the rest of her days with her. That's easier said than done.

Kaluuya is the star of 'Get Out', the debut film from first-time director Jordan Peele.

Low-budget satirical horror film Get Out is turning into one of the early front-runners for the best movie of 2017, receiving ecstatic reviews and tearing up the box offices.

In a new interview, one of its cast members, Bradley Whitford, has attributed this to the vision of first-time director Jordan Peele and its talented young lead star, 27 year old British actor Daniel Kaluuya.

Get Out has been doing great business in the States since its release at the end of February, grossing over $84 million worldwide so far against its modest budget of just $4.5 million, with reports of many people going to the cinema to see it a second, or even third, time. 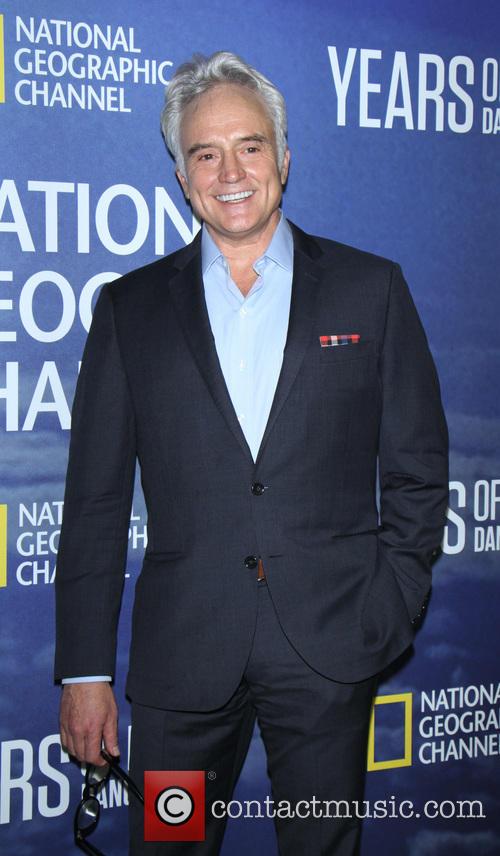 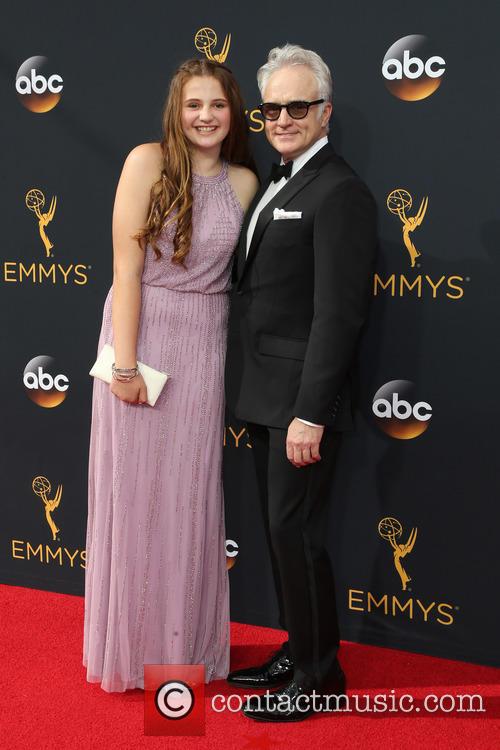 Annie Parker is a fun-loving young woman struggling with the difficulties of motherhood, a husband who's slowly losing interest and, more importantly, breast cancer. She is unsurprised that she has become afflicted with the disease following her mother and older sister's suffering, but she suddenly finds herself overcome with the determination to find out why. Meanwhile, a young research geneticist named Mary-Claire King is looking into a breakthrough theory that suggests that some women are genetically pre-disposed to have breast cancer due to a particular gene. Unfortunately for her, there are few scientists who believe her theory. In order to prove her theory, she must conduct a research project looking into cancer sufferers' and their relatives' medical history - and that's where Annie Parker is eager to help.

Trophy Wife has strong reviews, though it has a way to go to match a certain family sitcom on the same network.

Trophy Wife, the new sitcom starring Malin Akerman, premiered on ABC on Tuesday to a wave of fanfare from critics. The American actress plays Kate Harrison, who finds being the third wife of Pete (Bradley Whitford) complicated by the presence of his ex-wives and stepchildren. Malin Akerman [Center] And The Cast of 'Trophy Wife'

In her review, Newsday's Diane Werts noted how Trophy Wife is almost entirely focused on the 38-year-old. "Akerman has to be everything. Good thing she's a nimble actress.... Whitford is always winning, and even the poor exes find wiggle room inside their cliches," she said.

In 1973, New York nightclub CBGB opened as a venue for Country, BlueGrass and Blues acts led by music entrepreneur Hilly Kristal. However, it soon became clear that that wasn't the way the music scene was going in the city and he soon began to book new rock and punk bands - excluding all cover and tribute bands - to play regular shows there which helped raise the profile of several musical pioneers including Talking Heads, Blondie, The Ramones and the Patti Smith Group. It wasn't the easiest ride for Kristal, however, who suffered many money troubles due to his vision and ambition for the bands that he showcased, as well as much scrutiny over the general poor health and safety of the venue. Nonetheless (and despite its closure in 2006), it will always been known as the kick off point for so many 70s and 80s bands.

Randall Miller ('Nobel Son', 'Bottle Shock', 'Houseguest') directs this music drama alongside his frequent writing partner Jody Savin as it follows the highs and lows of Hilly Kristal's life and ambition to give innovative local bands a chance at success. The movie will premiere at the CBGB Festival over its October 10th-13th weekend; not far off the anniversary of its 2006 official closure. 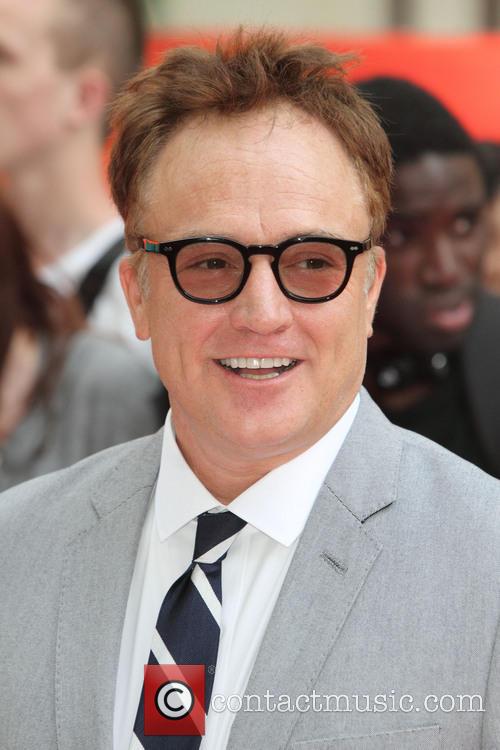 P.L. Travers was an Australian author who, in the early sixties, went into negotiations with Walt Disney over the rights of her novels surrounding the character Mary Poppins. It was eventually released on the big screen and won five Oscars, though its production was not without its conflicts. Travers' initial aversion to Hollywood didn't help matters, and she was unnerved by the idea that Disney might turn her beloved character into a prancing, dancing, twinkling fairy godmother. However, when Disney began to understand that Mary Poppins' place in the story was less about the children and more about their father - and, in effect, her own father on whom she based him on - the pair began to bond better and Travers was finally willing to unleash her story onto the world.

'Saving Mr. Banks' is the story of how 'Mary Poppins' was put to film in 1964 by Walt Disney, thirty years after P.L. Travers began writing about her. It is about the conflicts between Travers and Disney and Travers own struggles with her personal life when we discover just how true to life the story really was. It has been directed by John Lee Hancock ('Snow White and the Huntsman', 'A Perfect World', 'The Blind Side') and written by Kelly Marcel ('Terra Nova') and Sue Smith ('My Brother Jack', 'Peaches') and it is set to hit UK cinemas on January 17th 2014. 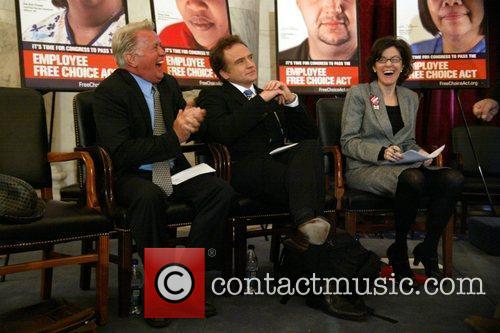 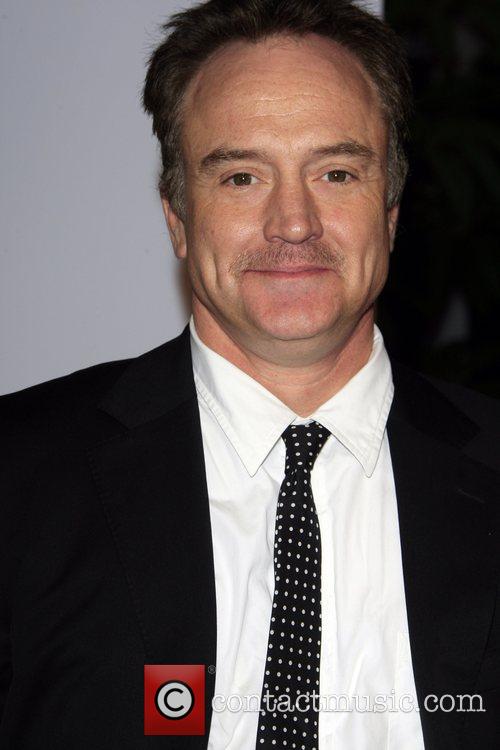